RSS Feed
← Our Home: The School Room
The Very Last Binky and a Ding Dong joke. →

Our Home: The Girls’ Room

This room has been really fun to work on!

Its just so much fun to have a room in your house that just screams “girl”! London really wanted pink walls, but since I knew that everything else she and Brooklyn would want would be pink or purple, I decided to go with an aqua color called Palladian Blue by Benjamin Moore. It is puuuurrrfect in person…the perfect robin’s egg blue. From there I just added special touches I knew they would love. 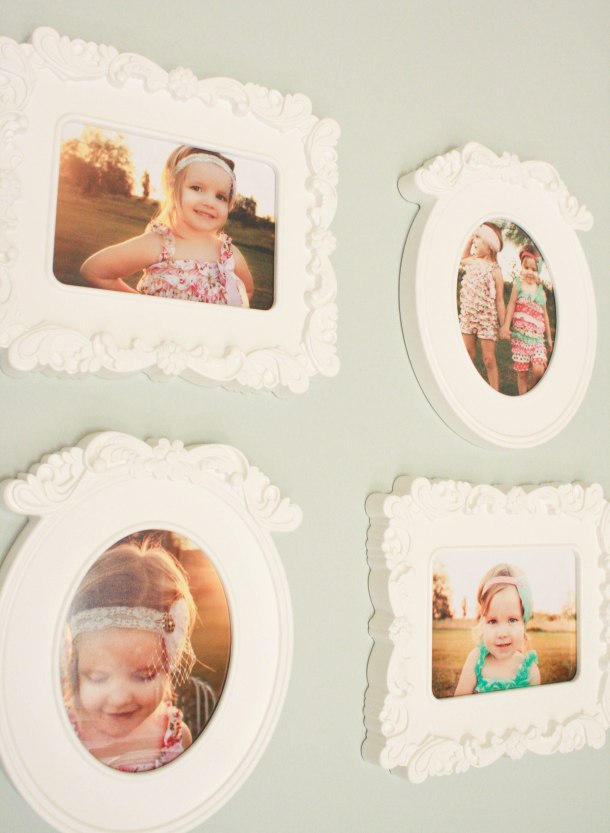 I found these adorable frames at IKEA for $5 each, which is awesome! 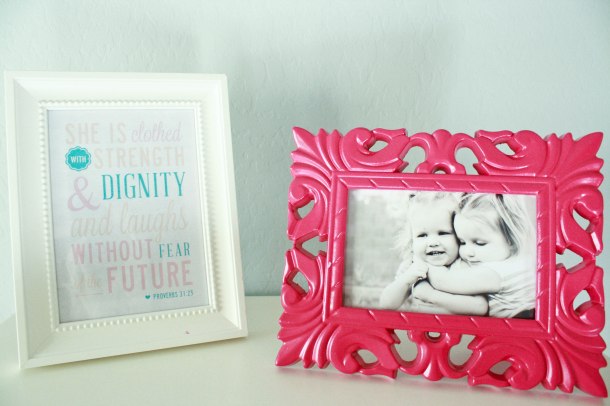 Their bedside table holds a cute picture of the two of them and a great little print I found!

Moving toys into their bedroom was a new thing that came with this house. We lost the playroom, so most of the toys are now located in their rooms and in the living room (well hidden behind the couch). While having toys in their room has proven to be a distraction at bedtime and nap time, I think they are getting used to it. Their room is much smaller than the room at the old house, so they are also learning to put toys away as soon as they are done. I’ve actually liked it this way; having a playroom meant that at some points, ALL the toys were out and clean up was a huge task. Now that the toys are split up between 3 different rooms, the mess never becomes crazy.

These prints are one of my favorite parts of their room! I ordered them from a shop in Etsy; they are vintage-esque prints of the cities London and New York (Brooklyn). I think its fun to have something that speaks to their names but isn’t glaringly obvious.

All their hair bows are stored neatly behind their door! 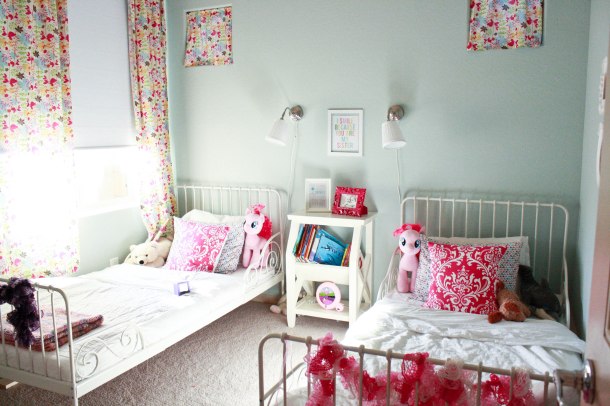 And that’s their room! They share a very tiny closet, but that’s probably a good thing. I can go a little crazy when it comes to little girl clothes. The reading lamps above their beds have been wonderful at night; they love to read silently to themselves before I turn out the lights, and I love that there isn’t a lamp they can knock over! The only thing I really have left to do in here is hang the tissue paper balls on the ceiling above the print (I Smile Because You Are My Sister) and the lamps to fill that space in a bit. London picked out the curtains, which aren’t my favorite (they are a cream base and I think a white base would work much better), but I couldn’t say no to her design. 😉 Perhaps I’ll suggest an alternative at some point, lol! For now, I’m calling it good. 🙂

Posted in Uncategorized. Bookmark the permalink.
← Our Home: The School Room
The Very Last Binky and a Ding Dong joke. →