RSS Feed
← {from the sea to the zoo…and everything in between.}
{I scream, you scream, we all scream for…zucchini?} → 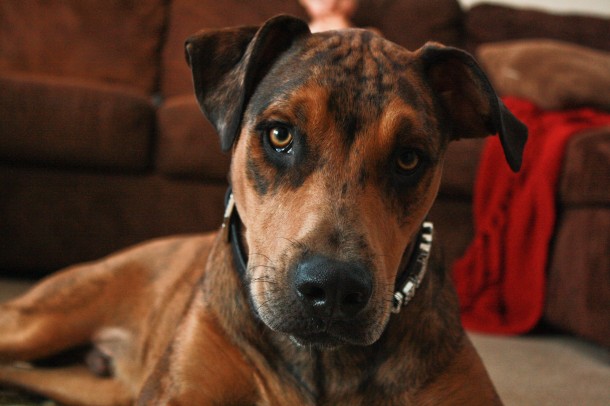 I’m not exactly sure how, but we now own a dog.

I mean, I know how, but it all happened so fast and suddenly that I’m still a little on edge over it all. I’m a planner. I’m so thankful that you get 9 (or, really, 10) months of pregnancy to plan before your babies come. Even then, I still don’t feel ready.

Same with a dog. We’ve been talking about getting a dog for years, but its always been this far off thing for when we were done having children. Well, some how that “far off” thing is now here. Children are done inhabiting my body. Newborns have left the building, being replaced by preschoolers and a big boy. I’ve slept all night long for almost 2 years now (give or take a few weeks here or there)..so I figured I’d better get the dog thing out of the way before I really learned to appreciate eyelids that weren’t heavy. 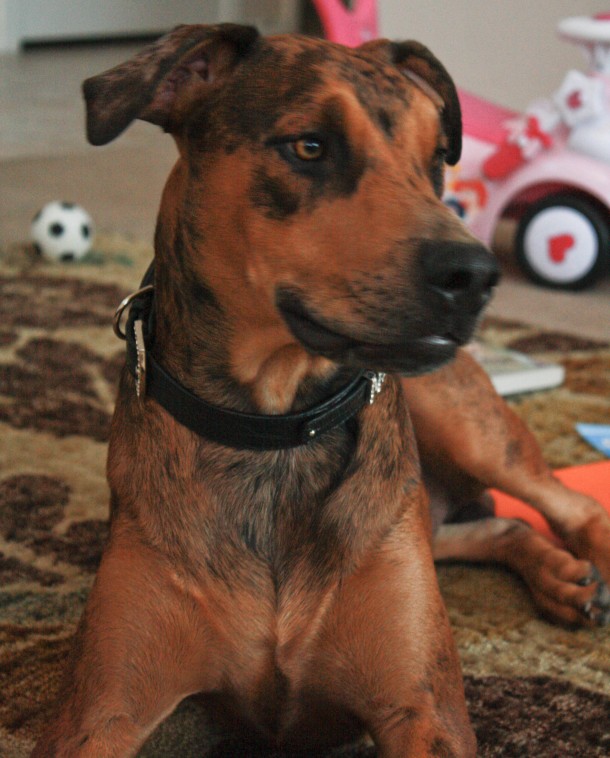 So, meet Solomon. This is his story.

After a snafu with a different puppy, Greg said that he would be open to looking at the Great Dane breed. I LOVE big dogs, and have always wanted one. Once I got the okay from him, I just happened to look online to see what was out there. I came across a listing of a dog (Solomon) that was looking for a new home. I emailed the owner, inquiring about him. Luckily I called when I did; they had been trying to find a new home for him for 3 weeks, and they were moving. They were just hours away from having to take him to the pound. Within two hours, we had Solomon in our van. 🙂 I just couldn’t resist; I couldn’t let this beautiful dog go to the pound. Plus, they were a family just like us! 2 small girls, ages 2 and 4, and then an older boy, who I think was 7 or 8. So I knew that even though he was a beast of a dog, he was well socialized with children and would fit right into our craziness.

He is a 7 month old, 70 lb mix. He is half Doberman, and then his other half is split between Great Dane, Mastiff, and American Pit Bull. He is taller than Brooklyn. 🙂 But, he could not be more gentle! He moves around the children and lets them romp and play all around him without making a sound. He is still a puppy, so he gets excited really easy, but he is very smart and knows when enough is enough. He is my protector; he is literally quite attached to my leg, and follows me around the house all day until Greg gets home in the evening. He does exactly what we want him to do; he is a watchdog and very good at it, but he is also a friendly, gentle giant. He is completely potty trained. I am in love with this dog, and I’m so glad that he is a part of our family now. 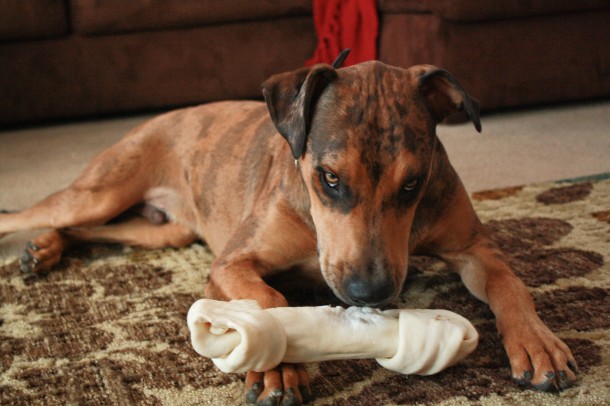 We are dealing with some minor adjustments, which is pretty normal for a dog transitioning into a new home. He has some pretty serious separation anxiety, which I’m trying to work on. The crate they gave us to go with him is too small, so we are learning how to let that go a little and just let him sleep where he wants at night. He isn’t properly leash trained, so walks aren’t happening right now since I can’t be pulled by him all over the neighborhood. He starts obedience school the end of July, so hopefully we will work out all his little kinks then.

I think he’s just beautiful. Its a major learning curve for us all; I haven’t owned a pet since high school, and I’ve never personally had to raise one or be responsible for it. Hopefully in the next few weeks we will get into a groove and it will feel like he’s always been here.

For now, we have to flip for poop duty. 😉

Posted in Uncategorized. Bookmark the permalink.
← {from the sea to the zoo…and everything in between.}
{I scream, you scream, we all scream for…zucchini?} →