RSS Feed
← {kairos moment}
All our bags are packed… →

The Transit of Venus

My boy is geeked out to the max right now. Between the solar eclipse and this, well…let’s just say that he’s a wee bit excited over all of it.

I mean, it IS pretty cool. No one on this planet will see this again, unless you were born recently and live to be 105. But, I’m guessing that you wouldn’t really care at 105. I know I won’t see it, and mostly likely Jackson won’t either. Although living to be 111 does sound like a goal that he would make up for himself…

So, what is it? Well, the Transit of Venus is the movement of Venus across the face of the Sun. It occurs in pairs that are eight years apart and then doesn’t happen again for more than a century. You obviously can’t view it unless you have special sun specks or whatever, so we watched it via a live webcast hosted by the Mauna Loa Exploratorium in Hawaii. Venus barely edged out in coolness over the fact that a telescope was on a volcano. 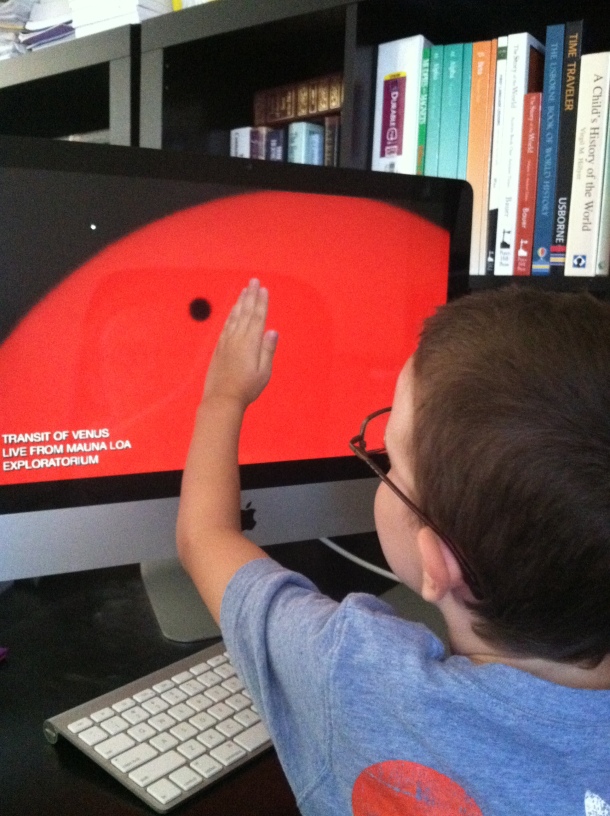 He watched it all afternoon. He’d get so excited when he’d come downstairs for dinner and then return, noticing and measuring how far Venus had ventured across the screen. As I’m writing this, its almost over. I’ve been ordered to take screen shots every hour until its done, and I’m supposed to try very hard to get one when its right on the edge of the sun. 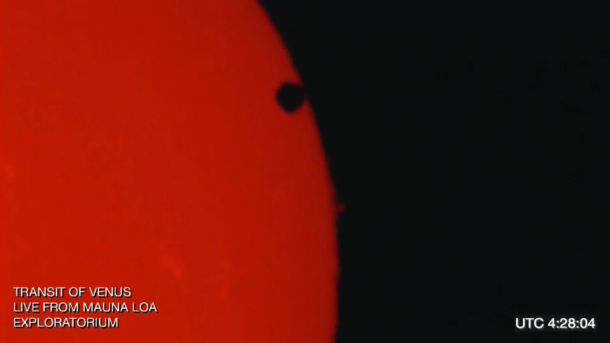 Posted in Uncategorized. Bookmark the permalink.
← {kairos moment}
All our bags are packed… →